A guide on the best ways to meet Yankees players if you’re not a superfan. 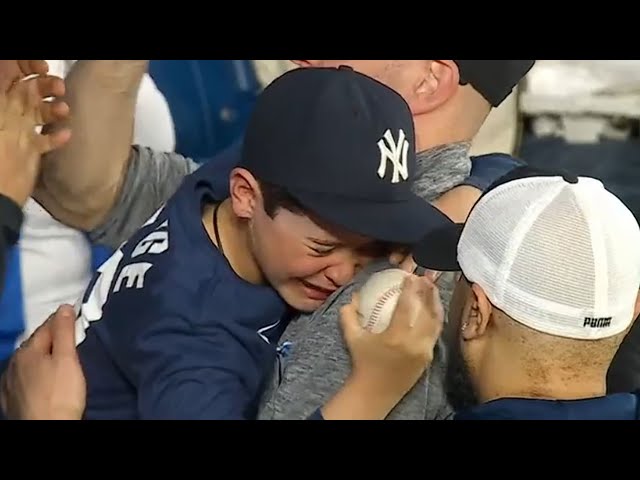 It’s no secret that the New York Yankees are one of the most popular teams in Major League Baseball. Every year, millions of fans flock to Yankee Stadium to watch the team play. And while it’s certainly possible to meet Yankees players if you’re a diehard fan, it’s not always easy.

So what can you do if you’re not a super fan but still want to meet some of your favorite Yankees players? Here are a few ideas:

-Attend an open training session or practice: One of the best ways to meet Yankees players is to attend an open training session or practice. These are typically held during spring training, but occasionally the team will hold an open practice at Yankee Stadium during the regular season. Check the team’s schedule to see if any open practices are coming up.
– Attend a baseball camp: Another great way to meet Yankees players is to attend a baseball camp that they’re hosting. These camps are typically geared towards kids, but some adults-only camps are also offered. Check the team’s website for more information.
– Go on a stadium tour: If you can’t make it to a game, another option is to take a stadium tour. These tours typically include a visit to the locker room, and you might even get lucky and meet a player or coach along the way. Tours typically run year-round, so check the schedule and see if one is happening when you’ll be in town.

Research the Team and Find Out Who You Want to Meet

If you’re not a Yankees super fan, you might think it would be difficult to meet any of the players. However, with a little research, you can easily find out who you want to meet and the best ways to go about it. Let’s get started.

Visit the Yankees’ website and look up the current roster. Find a list of all the current players, their position, and jersey number. Some websites also include a short bio of the player. Research each player and decide which ones you would like to meet. You can base your decision on many different factors, such as:
-How well they have been playing lately
-Your favorite position
-Which players are new to the team
-If you have met any of the players before

Find out which player(s) you are interested in meeting

Before you can decide which player(s) you want to meet, you’ll need to do some research on the team and find out who is currently on the roster. You can visit the team’s website or look up the roster on a site like ESPN. Once you have a list of names, you can start to narrow down your choices by looking up information about each player.

Think about what kinds of things you are interested in and look for players who share your interests. For example, if you love baseball history, you might want to meet a player like Derek Jeter who has been with the Yankees for many years and has played a big role in the team’s success. Or, if you’re a fan of exciting young players, you might want to meet Aaron Judge, who is one of the most promising young stars in the league.

You can also look up player stats to find out which players are performing well and which ones might be worth meeting. However, don’t just focus on stats – remember that some of the best players might not be putting up huge numbers every season but are still great people to meet (and get autographs from!).

Once you’ve decided on one or two players that you would like to meet, it’s time to start planning how you’re going to make that happen.

Purchase Tickets to a Yankees Game

The New York Yankees are a baseball team based in the Bronx, New York City. They are members of the American League East Division in Major League Baseball. The Yankees are one of the most successful baseball teams of all time, having won 27 World Series championships. If you’re not a super fan, you can still meet Yankees players by purchasing tickets to a game.

Check the Yankees schedule to choose a game you would like to attend. Consider factors such as the opposing team, the day of the week and the time of day. You may also want to look at ticket prices and special promotions.

The New York Yankees are a baseball team based in the Bronx, New York City, who compete in Major League Baseball (MLB). They are one of the American League’s eight charter teams. They won 27 World Series championships, more than any other team in MLB history. The Yankees play their home games at Yankee Stadium.

The Yankees have had some of the best players in baseball history, including Babe Ruth, Mickey Mantle, Derek Jeter, and Mariano Rivera. If you’re not a super fan, you might still want to purchase tickets to see them play. Here’s how you can do that:

The Yankees offer single-game tickets on their website. You can also purchase tickets on StubHub or another ticketing website.

Arrive Early to the Game

The New York Yankees are one of the most popular teams in Major League Baseball, and their players are some of the most sought-after celebrities. If you’re not a die-hard Yankees fan, you might not know how to go about meeting these players. Here are a few tips.

Get to the stadium early so you can watch batting practice

One of the best ways to snag autographs from your favorite Yankees players is to show up early to the stadium on game day. Many players are more than happy to sign a few balls or cards before they head into the locker room to prepare for the game.

If you’re not sure when batting practice starts, check the team’s website or call the stadium in advance. Plan to arrive at least an hour before it ends so you’ll have plenty of time to scope out a good spot by the dugout or field. And don’t forget to bring a sharpie and some paper or cardstock to collect all those autographs!

Find out where the players enter and exit the stadium

Most of the time, baseball players enter and exit the stadium through a back door near their clubhouse. Fans are not typically allowed in this area, but if you hang around near the entrance, you might be able to get an autograph or take a photo with a player as they’re coming in or out. Pay attention to security guards and don’t //trespass onto private property.

Get an Autograph or Picture with a Player

Bring a baseball or another item to get autographed

One of the best ways to meet Yankees players is to bring an item for them to autograph. A baseball is always a good choice, but you could also bring a photo, mini-bat, or program. If you want to get a picture with the player, make sure to bring your camera or phone.

You can usually find Yankees players before games signing autographs near the gates on the field level. If you’re lucky, you might be able to snag an autograph or picture with one of your favorite players.

Ask politely for an autograph or picture

If you are fortunate enough to meet a player, whether it is at an autograph signing or elsewhere, always remember to be respectful. Some players may be more approachable than others, but all of them are busy people. Do not interrupt a player while he is talking to someone else, and never touch a player without his permission.

When asking for an autograph or picture, be polite and specific. For example, you might say, “Excuse me, Mr. Jeter. Would you mind signing this baseball for me?” or “Do you mind if I take a picture with you?” It is also courteous to say please and thank you.

say thank you to the player

When you’re at Yankee Stadium, it’s easy to get caught up in the game and the experience of being there. But if you take a step back, you might notice that some of the most popular players are also some of the most approachable. So if you’re not a huge fan but still want to meet some of the Yankees, here’s what you can do:

When you see a player sign autographs for other fans, wait your turn and politely ask if he would mind signing yours too. If there’s already a big crowd around him, try to catch his eye and give him a smile or wave. Most players are happy to oblige, but don’t be upset if he doesn’t have time to sign for everyone.

Another option is to ask for a picture with the player. Again, be polite and patient, and don’t ask for too many pictures with different players. A good rule of thumb is one autograph or one picture per player.

Of course, the best way to meet Yankees players is to become a super fan yourself! If you attend enough games and show your support in other ways (like wearing Yankees gear), you’ll eventually get noticed by the team. And who knows – you might even end up being invited to meet them in person.