The New York Yankees are a baseball team located in the Bronx, New York.

If you’re a fan of the Yankees and want to know where you can stream their games this season, look no further! This blog will tell you everything you need to know. 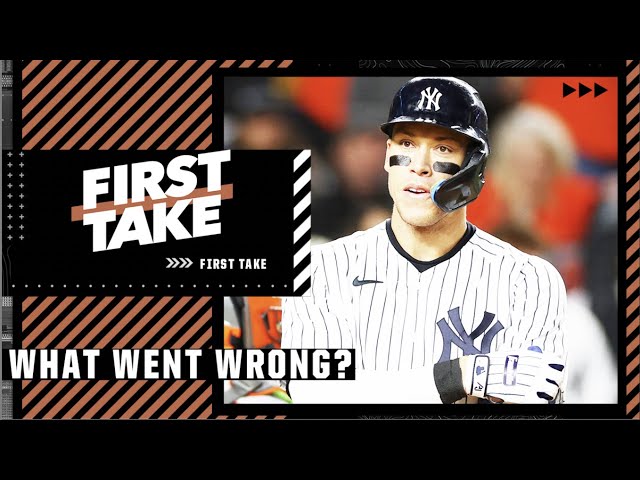 MLB.tv is the perfect place for Yankees fans to stream their favorite team this season. With a subscription, you’ll get access to every out-of-market game, as well as a huge library of on-demand content. You can also add the MLB.tv app to your favorite streaming devices, so you can watch the Yankees wherever you go.

There are several cons associated with MLB.tv, including:

ESPN+ is a great option for fans who want to stream the Yankees this season. Pros of using ESPN+ include:

– You can watch live games or on demand, so you never have to miss a game.
– There is a variety of other content available on ESPN+, so you can find something to watch even when the Yankees aren’t playing.
– You can get a 7-day free trial, so you can try it out before you commit to anything.

ESPN+ does not include access to the ESPN linear channels, so you’ll still need a cable or live TV streaming subscription to watch ESPN content on TV. Additionally, while ESPN+ does offer some on-demand content, it is mostly focused on live events and does not have a robust selection of classic sports movies or documentaries like other streaming services.

Sling TV is one of the most popular cord-cutting services out there, and it offers a great way to stream the Yankees this season. With Sling TV, you can get all of the channels you need to watch the Yankees game, including ESPN, Fox Sports, and MLB Network. You can also add on extras like Sports Extra to get even more Yankees coverage.

There are a few appealing things about Sling TV. First, it’s one of the cheaper live TV streaming services at $30 a month. That price gets you more than 50 channels, including ESPN, TBS, TNT, Food Network, and HGTV. You can add extras like DVR storage or premium channels for an additional fee.

Another thing that sets Sling TV apart is that you can customize your channel lineup. If you only want the channels that carry Yankees games, you can get just those channels. This makes it an attractive option for cord-cutters who only want to pay for the channels they actually watch.

Sling TV also has some unique features that other live TV streaming services don’t offer. For instance, its Cloud DVR service lets you record up to 50 hours of programming to watch later. And its “lookback” feature gives you on-demand access to certain shows that aired up to three days earlier.

You may have read about Sling TV in our other article, “7 Best Live TV Streaming Services.” Sling TV is a great option for cord cutters, but it does have a few cons.

-First, Sling TV is not currently available in every market. If you live in a rural area, you may not be able to get Sling TV.

-Third, Sling TV can be more expensive than other options if you want to add additional packages or channels.

-Finally, Sling TV does not offer a DVR option, so if you want to record shows or movies, you’ll need to do so with an external device.

There are a few reasons why AT&T TV Now is a great option for streaming the Yankees this season:

-AT&T TV Now offers a wide range of channels, so you’ll be able to catch all the Yankees games, no matter where they’re being broadcast.

– AT&T TV Now’s prices are very competitive, especially if you sign up for a longer-term package.

– AT&T TV Now offers a free 7-day trial, so you can try it out before you commit to anything.

There are a few potential downsides to consider with AT&T TV Now:

-AT&T TV Now does not currently offer any DVR storage space, so you won’t be able to record any games or save them for later viewing.
-AT&T TV Now also doesn’t have any local channels in most areas, so you may not be able to catch your favorite team’s games if they’re being broadcast on a local station.

It’s important to know that AT&T TV Now has some cons. First, the price is higher than many other streaming services. Second, AT&T TV Now does not offer any type of DVR service, so if you want to record games or shows, you’ll need to do so through your cable or satellite provider. Finally, AT&T TV Now is not available on all devices. You’ll need to use a Windows PC, Mac, iPhone, iPad, Android phone or tablet, or Amazon Fire TV Stick to watch.

YouTube TV is a great option for Yankees fans this season. There are several reasons why this streaming service is a good choice for baseball fans.

First, YouTube TV offers a free trial period, so you can try it out before you commit to anything. Second, it has a great selection of channels, including ESPN, which means you can catch all the Yankees games. Third, YouTube TV is available on a variety of devices, so you can watch it on your TV, laptop, or phone.

Fourth, YouTube TV has unlimited DVR space, so you can record all the Yankees games and watch them later. Finally, it’s a reasonably priced option, especially when compared to cable TV.

So if you’re looking for a good way to watch the Yankees this season, YouTube TV is definitely worth considering.

No matter which plan you choose, you’ll have to deal with commercials unless you pay extra for an add-on. And even then, you’re only reducing the number of commercial breaks, not getting rid of them entirely. If you want to watch your favorite shows without any commercials whatsoever, YouTube TV is not the right streaming service for you.

Additionally, YouTube TV is currently only available in select markets. The service is gradually expanding its reach, but it’s not available everywhere just yet. You can check to see if it’s available in your area here. If YouTube TV isn’t available where you live, you’ll have to look elsewhere for your liveTV needs.

Finally, YouTube TV doesn’t include every single channel that you might be looking for. The service has a pretty solid lineup of channels, but it’s not exhaustive. If there’s a specific channel that you can’t live without, make sure that YouTube TV offers it before signing up.

FuboTV is a streaming service that offers live and on-demand TV from over 70+ channels. It’s one of the best ways to stream the Yankees this season. You can start a free 7-day trial and watch on your TV, phone, tablet, or computer.

FuboTV is a streaming service that offers live and on-demand TV programming from a variety of networks. One of the advantages of FuboTV is that it offers live streams of many popular sports networks, including MLB Network, making it a great option for baseball fans. In addition, FuboTV includes a cloud DVR feature, allowing you to record games and watch them at your convenience. FuboTV also offers a variety of other features, such as a “lookback” feature that lets you watch games that have already aired, and access to an on-demand library of TV shows and movies.

FuboTV recently hiked up their prices, so that’s a major bummer. They did throw in some new channels to help sweeten the deal, but… still. The pricing is now on par with other similar streaming services, so it’s not like they’re breaking the bank, but it is a bit of a price hike nonetheless.

Another potential negative is that FuboTV still doesn’t have an app for Roku devices. So, if you’re looking to use FuboTV on your Roku TV or Roku Stick, you’re out of luck. They do have apps for most other platforms, including Amazon Fire TV, Apple TV, Chromecast, and more, but if Roku is your thing, you’re out of luck.

Finally, while FuboTV does have some great features and overall offers a solid streaming experience, their DVR feature could use some work. It’s not bad by any means, but it is lacking in comparison to some of the other options out there.