The New York Yankees have been relatively quiet this offseason, but they have still managed to make a few moves. Here is a rundown of who they have signed so far. 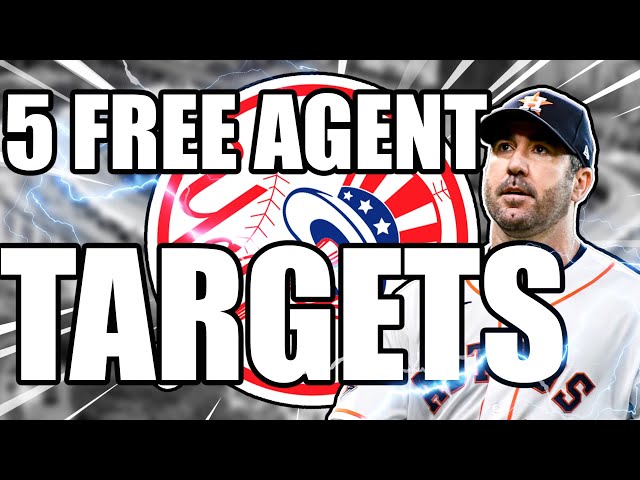 The New York Yankees have signed free agent pitcher Gerrit Cole to a nine-year, $324 million contract, according to multiple reports.

Cole, 29, was considered the top free agent on the market this offseason. He went 20-5 with a 2.50 ERA and an MLB-leading 241 strikeouts in 212 innings last season for the Houston Astros.

Cole joins a Yankees rotation that already includes fellow ace Luis Severino and Masahiro Tanaka. The Yankees’ starting rotation could be one of the best in baseball next season if everyone stays healthy.

Tanaka signed a seven-year, $155 million contract with the Yankees on January 22, 2014. The contract included an opt-out clause after the fourth year, and a full no-trade clause. In his first season in MLB, Tanaka had a record of 13–5 and an ERA of 2.77 in 20 starts.

Dellin Betances is a relief pitcher who has spent his entire eight-year MLB career with the New York Yankees. He signed with the Yankees as an amateur free agent in 2006 and made his MLB debut in 2011.

Left-handed reliever Zack Britton agreed to a three-year, $39 million deal with the Yankees in early December, giving them another high-leverage option out of the bullpen. Britton, who turns 32 in December, is coming off a season in which he posted a 3.10 ERA and 1.23 WHIP in 67 innings split between the Baltimore Orioles and Los Angeles Dodgers.

Terms of the deal were not disclosed, but FanRag Sports’ Jon Heyman reports it is for three years and $20 million.

The New York Yankees have reportedly agreed to a two-year, $34 million contract with free-agent left-handed starter J.A. Happ. The deal is pending a physical, according to multiple reports.