The answer to this age-old question has been debated by Yankees fans for years. Some say it’s Babe Ruth, while others believe it to be Derek Jeter. 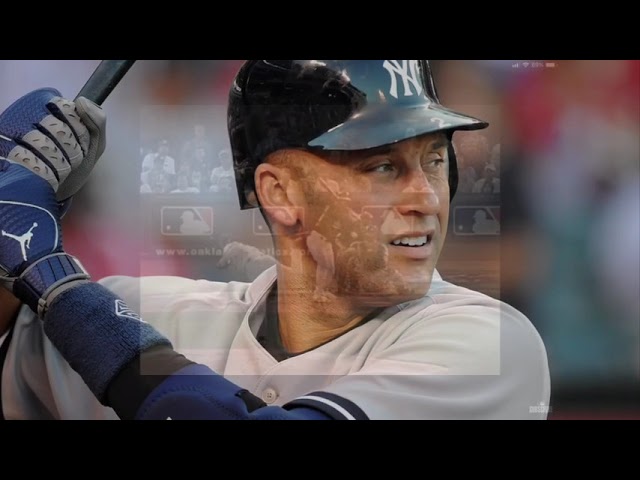 The New York Yankees are one of the most successful teams in baseball history. They have won 27 World Series championships, more than any other team in the major leagues. The Yankees have also produced some of the greatest players in baseball history. Here is a list of the top 10 Yankees players of all time.

The Case for Derek Jeter

Derek Jeter is often cited as the best Yankees player of all time. He played for the team for 20 seasons, winning five World Series titles. Jeter was a 14-time All-Star, a five-time Golden Glove winner, and a three-time Silver Slugger award winner. He is the Yankees’ all-time leader in hits, games played, stolen bases, and at-bats. Jeter was also a key member of the “Core Four” – a group of players that helped lead the Yankees to success in the late 1990s and early 2000s.

The Case for Babe Ruth

No player in baseball history has been as synonymous with one team as Babe Ruth was with the New York Yankees. Ruth was the best player of his generation and helped lead the Yankees to seven American League pennants and four World Series championships during his New York career.

Ruth was an incredible hitter, setting numerous league and team records during his time with the Yankees. He still holds the single-season home run record for the Yankees, belting 60 long balls in 1927. Ruth also holds the career home run record for the Yankees, hitting 714 over his 15 seasons in New York. Not only was Ruth a great power hitter, but he also was a terrific overall hitter, finishing his Yankees career with a .349 batting average.

Although Ruth was mostly known for his exploits at the plate, he was also an excellent pitcher early in his career. He won 94 games and had a 2.28 ERA during his first six seasons with the Boston Red Sox. Ruth was so good on the mound that he was even used as a relief pitcher in Game 7 of the 1916 World Series.

Ruth’s numbers speak for themselves, but he is also remembered for being an important figure in baseball’s transition from the dead-ball era to the live-ball era. His power hitting helped usher in a new style of play that emphasized home runs and scoring runs instead of simply putting runners on base and relying on defense to win games. This change helped make baseball America’s pastime and made players like Ruth into national heroes.

There have been many great players in Yankees history, but Babe Ruth is clearly the best of all time. His unique combination of power, hitting ability, and pitching skill make him one of the most well-rounded players in baseball history. His status as one of the game’s first true superstars has made him an enduring figure in American sports culture, and there is no doubt that he deserves to be considered the best Yankee player of all time.

The Case for Mickey Mantle

Mickey Mantle is often considered the best Yankees player of all time, and it’s hard to argue with that claim. He was a phenomenal hitter, an excellent fielder, and a true team leader. He also had the misfortune of playing in the shadow of another Yankee legend, Babe Ruth.

Mantle was one of the most popular players in baseball history. He was nicknamed “The Commerce Comet” after his hometown of Commerce, Oklahoma. He was also known as “The Mick” and “The Muscle.” His number 7 jersey is retired by the Yankees, and he was inducted into the National Baseball Hall of Fame in 1974.

The Case for Joe DiMaggio

When making the case for any player being the greatest of all time, certain criteria must be met. In the case of Joe DiMaggio, he not only meets those criteria, but he exceeds them.

First and foremost, when evaluating any player, their statistical resume must be looked at. In DiMaggio’s case, his .325 batting average, 361 home runs, and 1,537 RBI’s speak for themselves. He also won three MVP awards and was a 13-time All-Star. In addition to those impressive numbers, he also led the league in batting average twice, home runs once, and RBI’s four times.

The best Yankee of all time is a highly debated topic. Some people believe it is Babe Ruth, who played for the Yankees from 1920 to 1934. Ruth led the Yankees to four World Series titles and was one of the most popular players in baseball history. Other contenders for the title include Lou Gehrig, Joe DiMaggio, Mickey Mantle, and Yogi Berra. All of these players were part of Yankee teams that won multiple World Series championships. Ultimately, the decision of who is the best Yankee of all time is up to each individual fan.