It’s one of the most heated rivalries in baseball. The Red Sox and Yankees have been battling it out on the field for over a century. But why are they rivals? 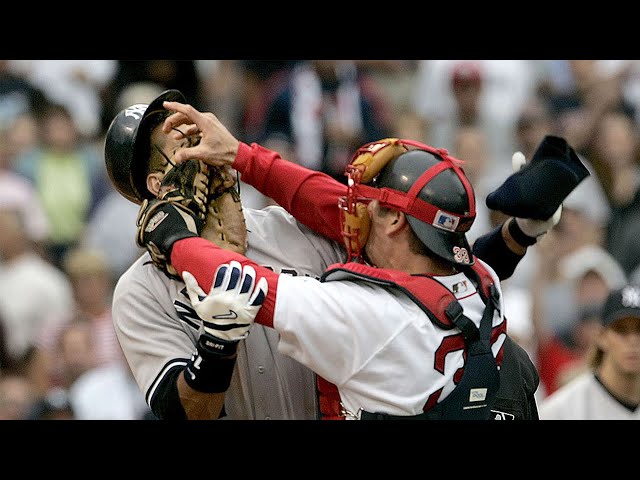 The Red Sox and Yankees are two of the most iconic and successful baseball teams in history. They have been division rivals since 1903 and have competed against each other in some of the most memorable games in baseball history. The two teams have a long-standing rivalry that is one of the most well-known in all of sports.

There are a number of factors that contribute to the rivalry between the Red Sox and Yankees. The first is the historical success of each team. The Yankees have won 27 World Series championships, more than any other team in baseball history. The Red Sox, on the other hand, had an infamous drought where they went 86 years without winning a World Series championship. This drought ended in 2004, when the Red Sox came back from a 0-3 deficit to beat the Yankees in the American League Championship Series.

Another factor that contributes to the rivalry is the geography of each team’s fan base. The Yankees represent New York City, while the Red Sox represent Boston. These two cities have a long-standing rivalry that extends beyond baseball. This is also evident in the way each team’s fans interact with each other. Yankee fans are often seen as arrogant and obnoxious, while Red Sox fans are seen as working-class and down to earth.

The final factor that contributes to the rivalry between these two teams is the competitive nature of their players and fans. Both teams have a large number of passionate fans who want nothing more than to see their team win. This passion often leads to heated exchanges between fans of both teams. Additionally, the players on both teams are extremely competitive and often engage in on-field confrontations with each other.

The rivalry between the Red Sox and Yankees is one of the most well-known rivalries in all of sports. It is fuelled by a number of factors, including the historical success of each team, the geography of each team’s fan base, and the competitive nature of their players and fans.

A Brief History of the Rivalry

The Boston Red Sox and the New York Yankees are two of the most iconic and successful franchises in Major League Baseball. The rivalry between these two teams dates back to the early 1900s, when the Sox were known as the Americans and the Yankees were known as the Highlanders.

The first big moment in the rivalry came in 1903, when Boston player Jimmy Collins hit a walk-off home run to beat New York in extra innings. This set the tone for the next few decades, as the two teams would often find themselves battling for supremacy in the AL East.

In 1918, Boston finally broke through and won their first World Series title. However, New York would have their revenge just four years later, winning their first championship in 1923. These two teams would go on to dominate baseball in the 1920s and 1930s, with a combined 13 World Series titles between them.

The rivalry really heated up in 1946, when New York player Joe DiMaggio joined the team. DiMaggio quickly became one of baseball’s biggest stars, and led the Yankees to five World Series titles in his 13 years with the team. Meanwhile, Boston was struggling to keep up with their rivals, finishing in last place twice during this period.

The tables finally turned in 1967, when Boston mounted a miraculous comeback to win the American League pennant on the last day of the season. They went on to win their first World Series title since 1918, defeating DiMaggio’s Yankees in seven games. This began a period of dominance for Boston, who won three more titles in 1972, 1975, and 1986.

Throughout all of this success, there has always been one constant: The rivalry between these two teams is as strong as ever.

The current state of the rivalry is intense, as both teams regularly compete for the top spot in their division while possessing two of the largest fanbases in baseball. The Sox and Yankees have finished first and second in their division 17 times since 1969, including occurring in seven consecutive seasons from 2003-2009. The rivalry was further fueled by the fact that Yankee’s owner George Steinbrenner frequently made public comments about his hatred for the Red Sox, famously saying that he would “really enjoy” seeing them lose.

In recent years, the rivalry has been especially heated due to a number of incidents involving players on both sides. In 2004, Yankees pitcher Kevin Brown brokeRed Sox infielder Tony Graffanino’s thumb with a pitch, enraging Boston fans. In 2006, Red Sox first baseman Kevin Youkilis was drilled in the back by a Yankees pitcher shortly after hitting two home runs off of him, leading many to believe it was intentional. In 2007, a fight broke out between players and coaches from both teams after Yankees catcher Jorge Posada was hit by a pitch from Red Sox reliever Craig Hansen. And most recently, in 2013, Yankees star Alex Rodriguez was involved in a fight with Sox catcher Jarrod Saltalamacchia after Rodriguez accused Saltalamacchia of stealing signs from third base.

With both teams currently at the top of their game and possessing some of the best players in baseball, there’s no doubt that the rivalry between the Red Sox and Yankees will continue to be fierce for years to come.

The rivalry between the Red Sox and Yankees is one of the oldest and most well-known in all of baseball. The two teams have been competing against each other for over 100 years and have built up a rich history full of iconic moments and characters.

There are a number of factors that contribute to the rivalry, including the fact that the two teams are often competing for top honors in the American League. The Red Sox and Yankees also have a long history of making blockbuster trades with each other, which has only added to the intensity of the rivalry.

Whatever the reasons for their rivalry may be, there is no doubt that the Red Sox and Yankees are two of the most iconic teams in baseball. Their competition on the field is always must-see TV, and their battles off the field are just as heated.